Home/companies, news, Uncategorized/The Canon EOS R5 is officially one of the most powerful mirrorless cameras ever
Previous Next 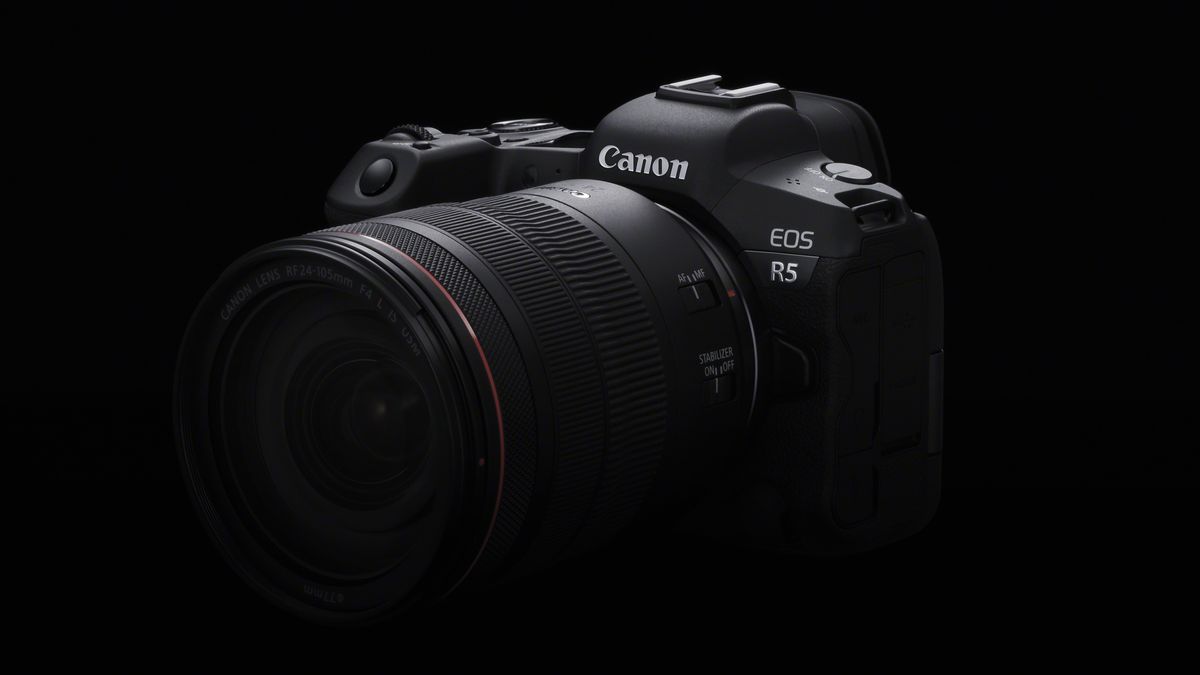 There’s still quite a bit we don’t know about the long-rumored EOS R5, but this is the first time Canon has confirmed the camera and some of its specs.

So what do we know for sure? The EOS R5 is a full-frame mirrorless camera built around the same RF mount as the current Canon EOS R and EOS RP. The big news is that for the first time on any Canon camera the EOS R5 will have an in-body image stabilization (IBIS) system.

This is a big deal because Canon has historically avoided putting image stabilization into its camera bodies, claiming instead that lens-based stabilization is superior. That has clearly changed, with Canon now announcing that its new IBIS system “will work in combination with the lens stabilization system”, assuming you have a stabilized lens like the newly announced RF 24-105mm f/4-7.1 IS STM (more on that later).

Two other big EOS R5 features are now official. In another first, outside of Canon’s Cinema Cameras, the R5 will be able to shoot 8K video which, the camera maker says, is there for “futureproofing video content”, allowing you to crop to 4K before the high-res format becomes more mainstream.

Impressively for what is rumored to be a 45MP full-frame camera – Canon hasn’t yet confirmed the camera’s sensor – the EOS R5 will also be able to burst shoot at 12fps using its mechanical shutter, or up to 20fps when using its electronic shutter. That’s a little slower than the Canon 1DX Mark III, but still easily fast enough for most sports or wildlife shooters.

This kind of resolution-speed combination means the Canon EOS R5 is really its answer to the Sony A7R IV and the mirrorless equivalent to older high-resolution DSLRs like the Canon EOS 5DS.

What don’t we know about the EOS R5?

Because this is only a development announcement for the EOS R5, Canon has left some gaping holes in its spec sheet and neglected to say anything about pricing or a release date.

Luckily, we have some fairly credible rumors to help fill those gaps. A fairly big leak that was picked up by Canon Rumors in late January suggests that the EOS R5 will have a 45MP CMOS sensor, be able to shoot 8K video at 30fps, and possibly even shoot 4K at up to 120fps.

These are just rumors at this stage, but they certainly fit Canon’s development announcement and would see the EOS R5 also compete with the Panasonic Lumix S1H, which tops out at 6K video.

The final rumors are that the EOS R5 will include built-in 5GHz Wi-Fi and will take a new battery that “has the same shape and compatibility as the EOS 5D Mark IV”.

It’s not clear whether or not Canon will still be releasing further information about the EOS R5 at the CP+ photography show, which starts on the 27 February, but with a rumored release date of July 2020, there’s likely still a long wait until we see one in the flesh.

Through the new RF glass

Alongside the EOS R5, Canon also has some exciting RF lens news for those who have bought into (or are now tempted to join) its EOS R mirrorless system.

First up is a new Canon RF 24-105mm f/4-7.1 IS STM, which promises to be a versatile travel zoom with some neat tricks. Designed to be a lightweight companion to smaller body like the Canon EOS RP (they have a combined weight of 880g), the lens has an interesting new Center Focus Macro Mode.

Put the lens into manual focus at 24mm and you’ll apparently get high magnification at a closer minimum focus distance of 13cm, producing sharp detail for small objects in the center of your frame.

The RF 24-105mm also includes an STM motor for speedy autofocus, five-stop image stabilization and travel-friendly dimensions. It’ll be available to buy from April for £459.99 (about $600 / AU$885).

If it’s wildlife-friendly zoom you need, though, then you’ll be pleased to hear that Canon has also made a development announcement for the RF 100-500mm F4.5-7.1 L IS USM, Extender RF 1.4x and Extender RF 2x. No further details on those are available yet, but Canon says it’ll be announcing a five more RF lenses alongside those throughout 2020.

Together with the incoming Canon EOS R5, this all means that 2020 is the year when we’ll finally see Canon’s full-frame mirrorless system maturing – whether or not it’ll too late to vanquish rivals like Sony and Nikon remains to be seen, but it’s going to be fun finding out.

About the Author: techradar