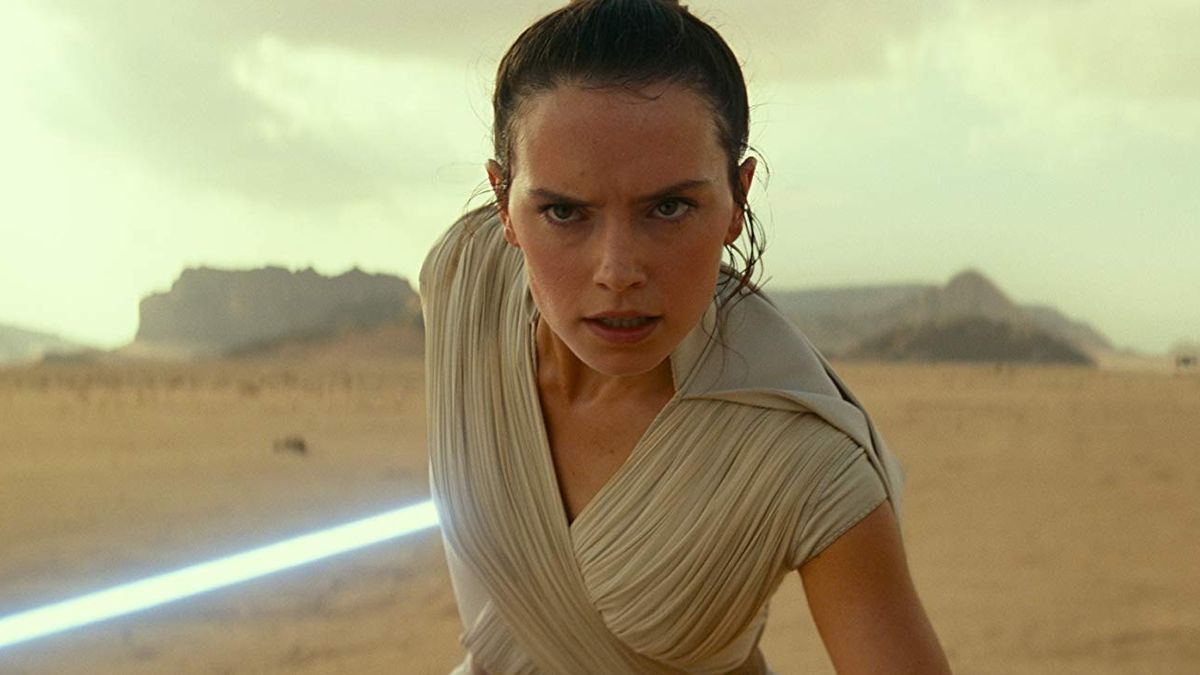 Featuring a completely different title, a radical shift in direction for Kylo Ren, and several plot beats that are galaxies away from J.J. Abrams’ vision in Rise of Skywalker, this is a Star Wars leak that has to be seen to be believed.

The information comes from producer Robert Meyer Burnett, who posted a video of himself discussing an early draft for Episode 9, written by Trevorrow – who departed the project in 2017 – and Derek Connolly. The video initially appeared on the Star Wars Leaks forum on Reddit, and later independently verified by AV Club, giving this information more credence than the usual Reddit leaks.

So, what does the leak entail? First up, Episode 9 wasn’t called Rise of Skywalker. The original title? Star Wars: Duel of the Fates – a reference to the epic John Williams score from that Phantom Menace Darth Maul fight.

That’s not the only big change. Palpatine barely features in Duel of the Fates, with his only appearance coming via holocron message. It was originally meant for Darth Vader, telling him to take Luke Skywalker to ancient Sith Master Vor Talum. Instead, Kylo heeds the message and goes there himself – but not before being wounded by the holocron and forced to have the melted down metal of a Mandalorian helmet welded to his face. Ouch.

On the side of the Resistance, Rose (who reportedly had a much larger role to play than in Rise of Skywalker), Finn, C-3PO, and R2-D2 head to Coruscant in search of a beacon that will potentially call on allies to join them in the fight against the First Order.

Meanwhile, the details for Rey’s arc are less vague – and still shifting around at the first draft stage most likely – but she does meet Luke as a Force Ghost who, himself, spends the first half of Duel of the Fates haunting Kylo Ren. Just let that image linger for a second: Luke haunting Kylo. Wow.

It all culminates in Kylo being trained by the “Lovecraftian” Vor Talum, losing to a phantom Darth Vader in a lightsaber duel (which sounds like the coolest thing ever, let’s be honest) and confronting Rey on the mystical planet of Mortis.

It’s here where things end: Kylo reveals he killed Rey’s parents – identity unknown – on Snoke’s orders, and he’s later “extinguished” despite the best efforts of Force Ghosts Luke, Obi-Wan, and Yoda trying to bring him over to the Light Side.

That’s only the beginning. There’s so much to cover – BB-8 stealing a Star Destroyer, Leia’s role, and Kylo’s beard – so if you have a spare two hours, it’s worth immersing yourself in the entire video. There’s even a second (unverified) leak recap on Reddit, detailing a few more specific plot points, including Rey becoming the Grey Jedi, and Rey and Poe being a thing (hmmm….). Still, it’s very, very interesting to see how Disney’s plan for the final instalment in the sequel trilogy changed so dramatically – and hopefully we’ll have a comment from Trevorrow on the leak soon.

For our spoiler-filled analysis on the actual Rise of Skywalker check out:

– Star Wars: The Rise of Skywalker cameos in full

– Star Wars: The Rise of Skywalker Easter eggs and references