The past five years have seen giant toys, toys that can swap parts, capture enemies in traps and race vehicles. While Skylanders Imaginators won’t allow players to use vehicles in the game’s campaign, it will include the tracks and racing from Skylanders: Superchargers, which was developed by Vicarious Visions. The Skylanders Imaginators starter pack will sell for $74.99 and includes two senseis, one creation crystal, a portal of power and the game. Last year’s Skylanders: Superchargers was Vica
Company: polygon, Activity: polygon, Date: 2016-06-01
Keywords: news, games, polygon, companies, creation, toys, players, skylanders, hero, activision, character, hands, create, imaginators, visions, game 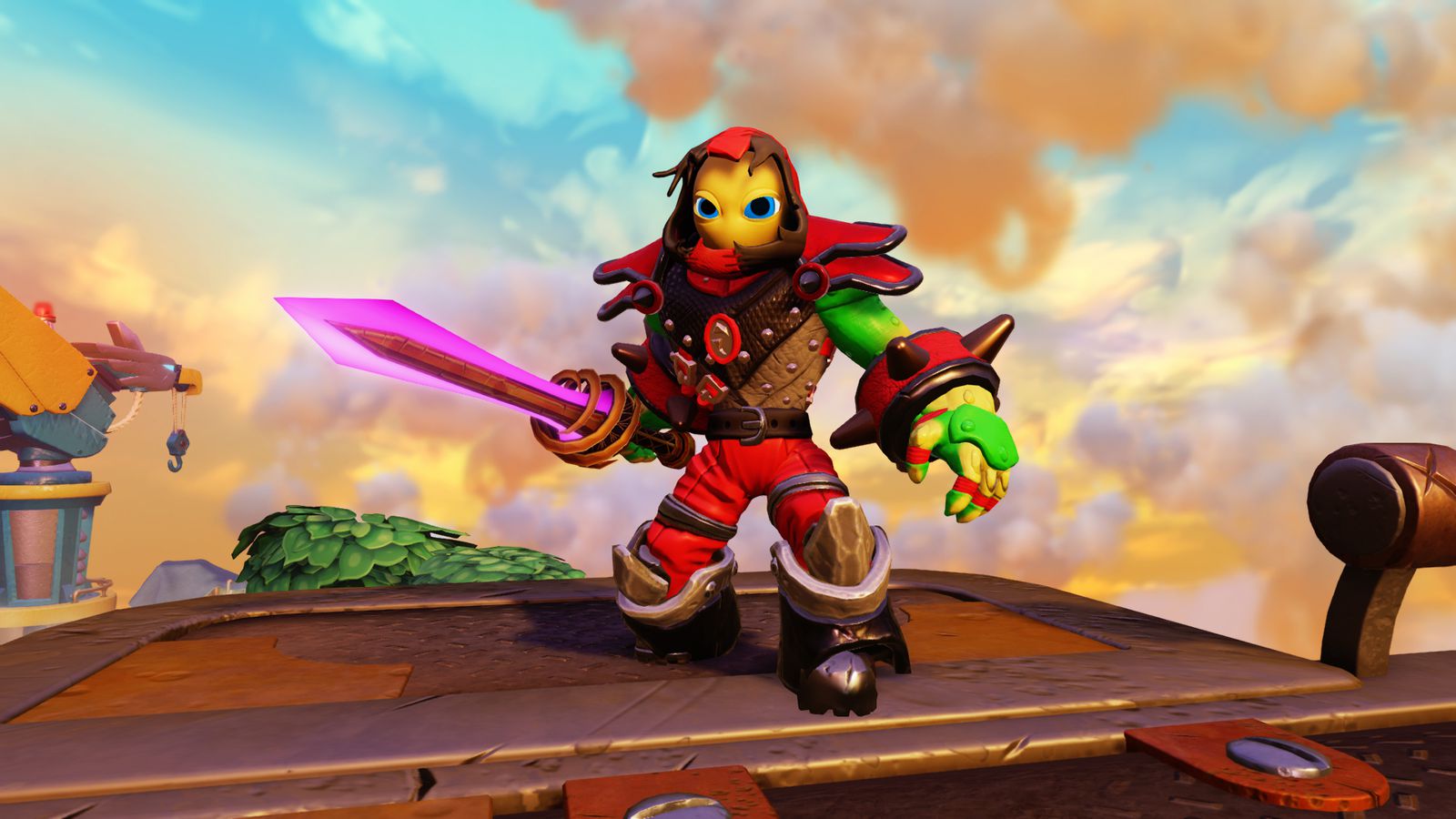 The next Skylanders is a game that will allow players to make their own heroes and store those digital creations in a plastic crystal. Skylanders Imaginators, due out Oct. 16, will be the sixth title in the multi-billion dollar franchise, but more importantly, proof that Activision still sees potential in the genre it essentially created half a decade ago.

In the demonstration I watched, that process started by deciding on the character’s battle class. There are ten to choose from and they include classes like knight or ninja. Next, a player chooses the style of weapon and moves the character will have, which helps to define how it fights and moves around the world. Next comes the body, which includes being able to choose between a wide variety of options for everything from the ears, eyes and chest to head type, arms, legs and tails. Once the look of the character is selected, players choose the color theme, use sliders to adjust the size of different parts of the body, the height, and musculature. Then they choose the personality, type of voice, the actual catch phrase (which can be pieced together with a variety of words) and music theme.

Players place a “creation crystal” on the game’s portal to start the process of making their own character. Then a player works their way through a series of decisions to customize the Skylanders Imaginator they are creating.

Each year, Activision adds a new twist to Skylanders, while continuing to improve on the way the game looks and plays. The past five years have seen giant toys, toys that can swap parts, capture enemies in traps and race vehicles. This year’s big change is the ability for players to create their own in-game Skylanders.

“We think the category has new life. We think it’s a vibrant category and has a meaningful audience size. Bringing the best content, the most engaging toys is how you continue to succeed.”

Josh Taub, senior vice president of product management at Activision, doesn’t see it that way at all.

Just last month Disney announced it was killing off Skylanders competitor Disney Infinity and shutting down the studio that created the popular toys-to-life title. Disney CEO Bob Iger said at the time that they didn’t think the franchise was stable enough to stay in.

The end result is a character largely unique to the player, which is then saved to the creation crystal.

While the developers declined to tell me how many options there would be for each choice (they said many are still being added), they did say that the end result will be nearly limitless character designs.

While the game will start with a large number of options in each category, gamers will have to play through the game, finding chests, to unlock new creation options. The team hasn’t yet decided the right balance between what is unlocked from the start and what needs to be discovered, the devs said.

Each of those elementally aligned creation crystals will hold just one character.

In the lore of the game, longtime chief bad guy Kaos discovers a mysterious power known as Mind Magic, which was used to create the Skylands, and goes about creating an army of Doomlanders. Players need to create their own Imaginators and take out Kaos before it is too late. But they won’t be going it alone. The game also introduces the Senseis, a new slate of toys coming to the game.

Senseis include 20 new characters and 11 former villains, each is a master of one of the ten battle classes. These toys will be the only in-game characters who can unleash a new special Sky Chi super move. The Sensei can also unlock unique Imaginator weapons that increase the player-made character’s level caps, and give them access to special areas in the game. They also unlock new special techniques for Imaginators of the same class.

Racing, but no vehicle adventures

While we were able to watch the developers create their own Imaginators in the game, the team didn’t show off any gameplay this time around, instead focusing on the game’s new creation ability.

They did tell us that Skylanders Imaginators will support local co-op multiplayer and that players can place two creation crystals, two toys or a combination of a crystals and a toy on the Portal of Power while playing.

The game will support the more than 300 existing toys and previous portals.

While Skylanders Imaginators won’t allow players to use vehicles in the game’s campaign, it will include the tracks and racing from Skylanders: Superchargers, which was developed by Vicarious Visions. It will also include the ability to play the Skystones minigame.

The game is coming to the PlayStation 3, PlayStation 4, Xbox 360, Xbox One and the Wii U. It won’t be coming to any iOS platforms, though.

In 2012, Activision brought in a new team to create its own take on Skylanders. At the time, Activision said they were switching to a two year development cycle, having franchise creator Toys for Bob trade off with Vicarious Visions to make a game every other year.

Last year’s Skylanders: Superchargers was Vicarious Vision’s creation. Skylanders Imaginators is Toys for Bob’s game, developed over two years. Taub declined to say whether Vicarious Visions is working on the next game.

And 2016 is a big year for Skylanders. Not only are they expanding to create an completely new sort of game for mobile, but a television show inspired by the game is set to air this fall.

About the Author: polygon